Obsessive Compulsive Disorder | The OCD Cycle of Despair - Dynamic You 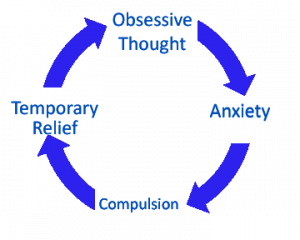 “I must check that I locked the door again!”

There’s a difference between being safety conscious and experiencing Obsessive Compulsive Disorder (OCD).  But do you know what it is?

What do David Beckham, Donald Trump, Cameron Diaz, Leonardo di Caprio and Martin Scorsese have in common, apart from being celebrities?

All of them are reported to suffer from Obsessive Compulsive Disorder (OCD). It has been estimated that between 1-3% of the population has OCD to a greater or lesser extent. It can affect anyone – the young, old, all genders, all nationalities, rich and poor alike. It usually first occurs in the teens or early adulthood, but it can affect children as well.

OCD can, at the extreme, take over your life completely, to the point where you can become housebound. Some types of OCD can be ever-present, but allow everyday life to continue by accommodating it.  However, often the ways that people manage their OCD problems can keep the problem going over time.

Obsessive Compulsive Disorder (OCD) is a treatable condition with very good success rates using certain Psychological Therapies (such as Cognitive Behavioural Therapy) and particular medications. Unless you have a will of iron and access to some high quality psychological materials, it is unlikely that you will be able self-treat, particularly if you are significantly troubled by OCD problems.  Therefore, if you suspect that you’re facing OCD it’s always a good idea to seek professional advice as soon as possible.

So What Is OCD?

The Three words Obsessive, Compulsive and Disorder describe the condition exactly. Although OCD affects people in different ways there is a structure,  Firstly, there is obsession, where mental pictures, distressing thoughts or irrepressible urges that you do not want, can dominate your thinking and impact everything you do.

This leads to deep anxiety.

In an attempt to relieve this anxiety repetitive behaviours, or mental routines are developed. But this anxiety relief is short-lived and the compulsive activities restart, often immediately. The cycle of obsession, anxiety, and compulsive behaviour can be an everlasting circle to the exclusion of anything else in your day to day life.

One of the key hallmarks of OCD is that certain types of thoughts can seem intrusive to the person having them.  This is because it might seem that the thoughts ‘mean’ something serious – or are a sign that some type of action should be taken.

These types of thoughts, that dominate all your thinking, are ever-present and seem repulsive in some way usually indicate the presence of an obsession.  Although obsessions can be very disturbing, aggressive, perverse and frightening, it is very unlikely that people affected will act out on their obsessions.  Someone experiencing intrusive or obsessional thoughts usually knows that their thoughts are irrational, but can struggle to know how to handle them in the best way.  Obsessive thoughts can come in all shapes, sizes and intensities. 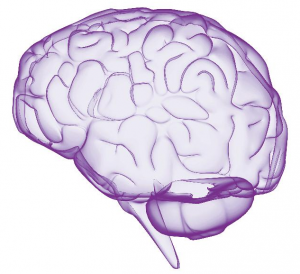 Because of the anxiety created by the obsession, compulsive actions are developed in the hope that the anxiety will be relieved.  This is usually very logical.  For example if someone is struggling with thoughts that something terrible might happen to a loved one unless they take a particular action, it makes sense that they are likely to do that action to prevent the ‘bad thing’ happening.  Some people might believe that there is either a high risk of a disaster happening, or that their anxiety will not decrease unless they do something to deal with the thought that is on their mind.

There is no single explanatory theory that is agreed by all Psychologists. Theories include one based on personal experiences in childhood, the result of a traumatic event, or learnt behaviours from parents who displayed OCD behaviour.  Though some professionals strong dispute these theories, a biological theory suggests that a lack of serotonin can be part of the cause, or that a person’s genetic make-up can make somebody more vulnerable to OCD.

Often it’s more important to explore the things that keep OCD going, rather than just the things that triggered it for someone.  It’s exactly this area that good Therapy hopes to achieve. 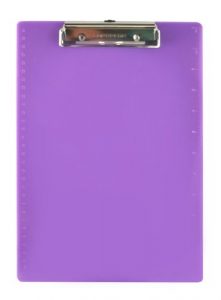 It’s important to make sure that you speak to a professional if you suspect that you might have Obsessional Compulsive Disorder (OCD).

Whilst there are a number of areas a Therapist or Psychologist will consider, OCD symptoms should be displayed for at least 2 weeks for most days and cause distress and prevent normal day to day activities. The symptoms should last at least an hour per day and  significantly interfere with these activity and with personal relationships. At least one obsessional thought, mental picture or impulse must predominate and be distressingly repetitive.

Keep in mind that there are a number of psychological problems that can look quite similar, and so it can sometimes be unhelpful to try and self-diagnose OCD.

There have been lots of TV documentaries over recent years showing people’s obsessions and the compulsive behaviours they use.  Whilst these shows can sometimes be useful, they can often give inaccurate information which can lead to people not fully understanding what OCD is.  It’s quite common for people to describe themselves as being a ‘bit OCD’, when what they really mean is that they’re a very clean and tidy person.  These ways of describing OCD can frustrate people who have a diagnosis, as often they don’t fully show the seriousness that the problem can cause people.

Because of dears about possible stigma, people may not wish to tell friends or family and seek support. The fear of the response ‘will you stop washing your hands, it’s costing a fortune in soap’ is all too real. Often, talking also means telling someone else about the types of thoughts you are experiencing, and this can be a daunting idea for many people facing OCD.  Concerns they they will be deemed to be a ‘mad, bad or dangerous’ person can prevent people seeking the help they need.

The reality is that trained, experienced and professional Therapists and Psychologists will not ‘overreact’ to the thoughts someone with OCD experiences, they will simply want to help that person get the right tools to feel better.

What Treatment Can Be Provided?

The answer to this question depends upon the severity and intensity of the symptoms you are experiencing.  A thorough assessment appointment will help you to understand the types of approach to OCD that are likely to help you.

In general OCD symptoms are unlikely to completely diminish by reading a self-help book, although a good quality book will certainly give you more information on what maintains OCD.

To fully succeed in dealing with OCD you will need a good level of will-power, and the right type of treatment.

The treatment mostly recommended for Obsessive Compulsive disorder (OCD) is Cognitive Behavioural Therapy (CBT).  CBT is a ‘talking therapy’ and is usually very successful at helping people overcome the problem and also reduce their chances of experiencing the same problems again in the future.

Most courses of Psychological Therapy for OCD will include a particular approach called ‘Exposure and Response Prevention’ (ERP), where you get the chance to face your fears head-on with your therapist.  The idea behind this approach is that you will be able to face situations which trigger intrusive thoughts and to change the way you think about them.  As your anxiety rises, your Therapist will help you to bear the increase in anxiety levels in useful ways.

Your GP may offer medication before CBT treatment starts. This might be an anti-depressant type medication such as an SSSI, (Selective Serotonin Reuptake inhibitor).  Whilst there is good evidence that certain medications can be helpful, they usually don’t have such strong benefits over the longer-term in helping people to stay fully free of OCD symptoms.

Struggling With OCD Problems?  We offer Effective Therapies at our UK Clinics and Online.

Take our OCD Questionnaire and get a FREE personalised report.